This Makes Me Happy Part XII

Sports, This Makes Me Happy | 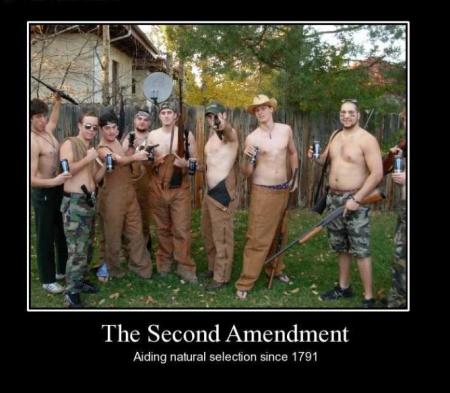 (Picture taken from a friend’s Facebook page, make your own Motivational here)

Update: Answer for “Can You Solve This”

To review, below is a puzzle from an IQ test for “geniuses.”  The full question, explanation and its 8 multiple choice answers can be found in the original post.

Now, here’s how to solve it.

First, “solve” simply means to choose the correct answer out of the eight possible choices given.  You do not have to “prove” the puzzle (we will get to that later for extra credit points) which would be to produce the correct answer without the aid of potential answer choices.

This distinction is very important because in “solving” a puzzle process of elimination (POE) is your best friend.  What does that mean?  It means the answer choices are just as useful as the puzzle itself.

With that said, let’s get to work!

Take a cursory glance at the puzzle.  Anything jump out at you?  Not really?  Of course not, this is supposed to be hard!  Ok, let’s think for a second.  What we’re really trying to do is find some pattern that repeats itself throughout the 8 3×3 boxes.  Realistically there are probably many patterns (again, this is supposed to be hard) but let’s start with trying to find just one.

What is a necessary characteristic of patterns?  Repetition.  Do you see any repetition of symbols or groups of symbols?  I don’t.  Okay there are a few patterns (two that I see) but not one that could solve the puzzle on its own.

Another common pattern type for these kinds of questions is rotation.  For example, what appears in the bottom right corner moves to the bottom left, then upper left and so on.  Are there any instances of rotation in the question above?  Nope.

So we’ve spent about a minute on the question itself, looking for any obvious clues and have not found much of anything.  No problem.  Let’s look at the answer choices.

Do any of these choices seem clearly wrong?  I certainly hope so.  Consider “G”.  There isn’t one instance of the same character repeating throughout one row or column anywhere in the puzzle above.  Thus, it’s pretty unlikely each row in the answer would be made up of one character.  Make sense?

More on the same point.  Does it seem odd there are no cases of one character making up an entire row or column in the puzzle?  Well, kind of.

The fact the chance of one characteristic of our puzzle (no rows or columns made up of only one character) occurring under normal circumstances is nearly 1:100 is not a coincidence or a chance happening.  It’s a pattern, and we can eliminate any answer choices that do not comply with this pattern – G and F are gone.

So we’re seeing a common theme emerge – the puzzle involves abnormally random patterns. If we assume the answer follows the same rules (which is a pretty safe assumption) it follows the answer will be equally “random.”

With that in mind let’s take another look at the remaining answer choices.  A, C, D and H all look fairly unlikely too.  A has 3 consecutive “two in a rows”, C has two L shaped connected two in a row patterns which don’t appear anywhere in the puzzle, H has the same thing and so does D plus a diagonal line of @’s.  Given the extremely unusual (statistically speaking) lack of repetition and symmetry found in the puzzle it is very unlikely any of these answers are correct.

That leaves us with B and E.  They are both sufficiently random but B has the same L pattern that was grounds for dismissing A, C, D and H (albeit they each have two L’s while B only has one), while E does not.

Thus, if you had to answer this question in a limited amount of time E would be the most reasonable choice.  Why?  Because there is a pattern throughout all 8 boxes in the puzzle and although we don’t have time to figure out exactly what that pattern is, we do know one of the characteristics of this pattern is a decidedly not random, “random” grouping of symbols.  E is the answer choice that most closely mirrors this “random” grouping so that is – or at least appears to be – the most reasonable answer.

And guess what?  It’s the right one too!  That’s all for now, I’ll post a proof for the puzzle later this week.

Can You Solve This?

This is a question from an IQ test for geniuses (IQs above 140-160), cited in Malcom Gladwell’s new book Outliers.  It’s not a fair test of intelligence but it’s a fun puzzle to try your hand at.  I rearranged the answer choices from the book so if you’ve already read it but didn’t stop to solve the question you’re in luck!

It  took me 2-3 minutes to solve but 30 minutes to prove.  Post your one letter answer in the comments section (if you dare) I’ll put up the answer with both proofs – short and long version – first thing Tuesday morning.

Below are 9 3×3 boxes, 3 across and 3 down, 8 filled with symbols and one left blank.  The “-” signify nothing, I added them for clarity.  In the real question @ = clubs, % = diamonds, & = hearts but that is irrelevant.  Your job is to choose the answer that completes the series.